Get our monthly newsletter direct to your inbox! Early devblogs! Latest news! Other shenanigans! Sign up here

﻿writing without fingers—space age interfaces magic, with a little 'm'—a character sheet for the table

This email's coming out a couple of weeks behind schedule due to RSI in my wrists playing up spectacularly over the middle two weeks of the month meaning I neither had the capacity nor the will to type anything beyond what I could for my day job.

It did however mean I found the joys of macOS' Voice Control and Dictation tools which are slow but so much better than I expected. If you ever need them I recommend upgrading to Big Sur - so much better.

Coiled.Spæce at a Slower Pace

Coiled.Spæce has borne the brunt of this assault on my tendons so will now likely come out behind schedule but will see what can be done over the next few weeks to counteract that. It's less the week or so lost this month, it's the unknown impact that might occur over the coming weeks that concerns me.

Still I was able to put together the Scanner that will sit in the centre of the rules book for use with Short Range Scans. 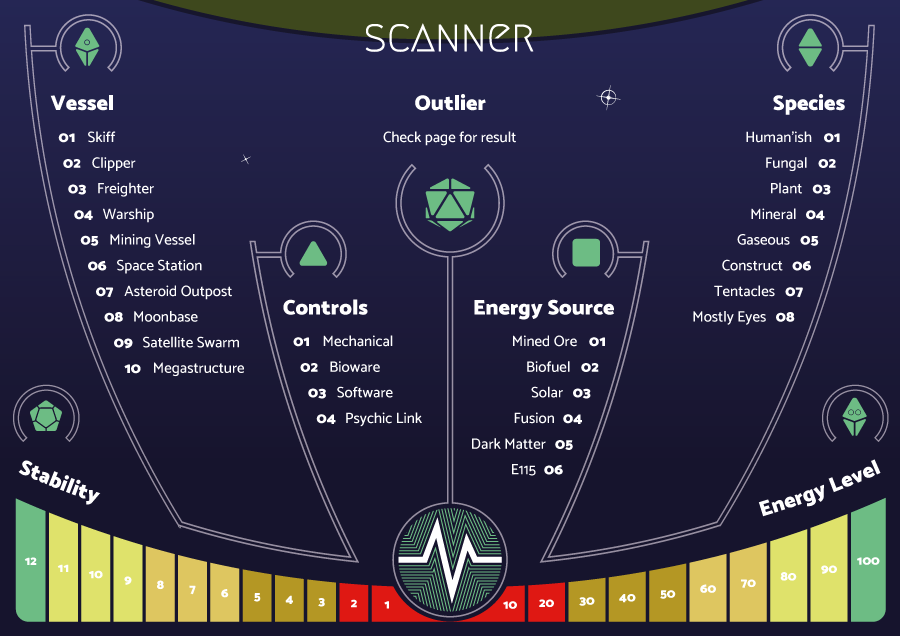 You can read more about all that in the latest update if interested anyway,

Most of my walking-thoughts have been around how magic might work and how the table space would look.

In my last missive I mentioned how I wanted to use the phases of the moon in spell casting and I've been taking that further in asking what kind of magic should be invoked and what else could be used as an ingredient.

On that last one I've come up with a number of things such a snatch of birdsong, plants and herbs (obviously), incantations, breath of a butterfly, drops of morning dew, salt, wax, honey, etc. all of which I feel fit in with the setting but also lend themselves readily to less explosive magic—I definitely don't expect players to be throwing fireballs around.

So that leaves a question about what could be the outcome and should spell ingredients take up much of the game or be hand-waved like in much of D&D 5e's component pouch. I prefer the former to make spell casting a more involved and difficult affair but I think it would be interesting to think about how those spells are cast... Should it be left to the player to make up their ritual? Should it be mechanically ingrained into the system? In my mind's eye it would be easy to cast but impact the game mechanically somehow...

I really don't think this is the "right" way to go about designing a game but I often think about the looks of the thing before mechanics and it's been this way with the table mat for this game too. Frankly it's probably a terrible way to go about things but here we are!

I'm currently thinking the layout could look a little like this... 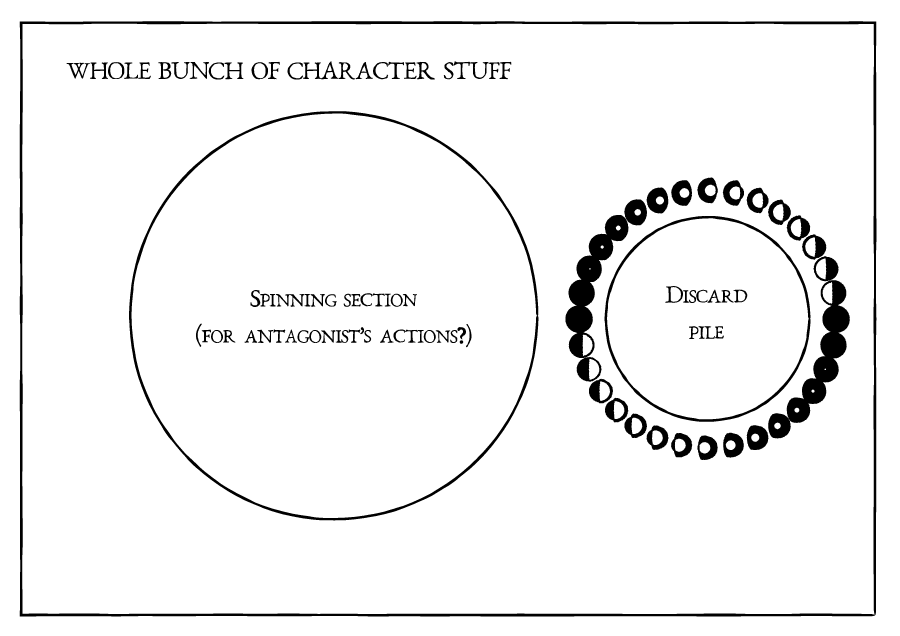 I'm still keen on having a spinning section which can be swapped out depending on the primary antagonist, eg mushroom lord, and now I'm getting drawn to having a discard pile for playing cards. If I surround it with the phases of the moon I feel that's getting closer to the magic so perhaps the playing cards can be used for weird and wonderful things... the thought process continues.

I think that's all I've got for now. I hope you're enjoying yourself whatever it is you're doing.